Most of my #SummerReading is strictly fiction, but as a member of the ALA, I receive a copy of American Libraries magazine and I’ve read some of the articles to keep abreast of current trends in libraryland.

Now I’m not a fan of ads while watching tv, in fact I like DVRing as much as I can so I can fast-forward through, but if ads in the library help keep library staff from getting fired (and the ads are appropriate), it doesn’t seem like a horrible idea. According to the article, a library received free toilet paper in exchange for the ads printed on the tissue. I can see how that could free up a tight library budget.

On the flip side as a patron, if there were ads on the tissue, to be totally honest I wouldn’t want to use it, for reasons. Ask your mother, or ask mine why not. However, if I did use it, I wouldn’t read it anyway, so it’s a win for the library. A different library had ads on the back of due-date slips. I barely read those either when I get them at the grocery store, but I will look for the occasional coupon on a favorite product. There are ethical issues to consider, but if the choice were up to me, I’d rather have the ads versus having to cut library hours or staff. 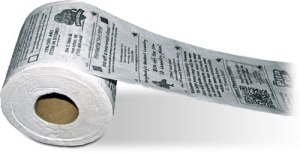 There was a separate article about how to market audiobooks in the library. I don’t understand. Do people not love audiobooks? They are perfect for a long commute. The article gave some good ideas on how to market them (teacher and parent buy-in being one), but the fact that the article is in there leads me to believe that audiobooks aren’t popular. If there’s one thing I learned from being a teacher is that everybody loves a good story read aloud to them .

Information about The ALA Annual conference, which I unfortunately won’t be attending, occupied a big chunk of the issue. I would hit up the graphic novel exhibit/area if I were going, and be interested in listening to Alice Walker too.

…and shout-out to Courtney Young for being voted in as the new president of the ALA. It was nice to see the announcement made at the beginning of the magazine. Perhaps one of these days I’ll be able to feature her as a highly textured librarian. 🙂

8 thoughts on “Ads on Toilet Tissue and Other Things”